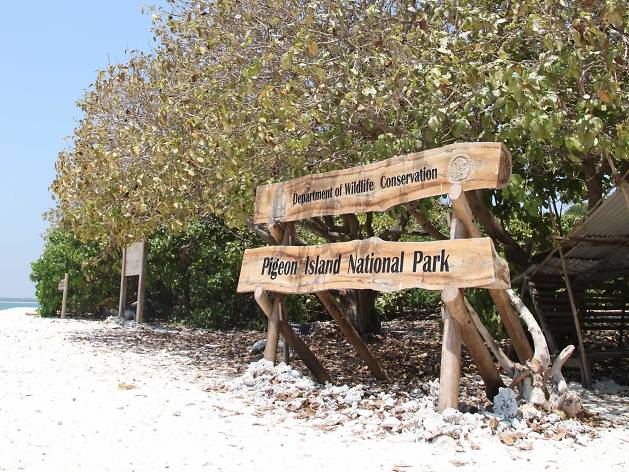 Pigeon Island National Park is one of the two Marine National Parks of Sri Lanka. The national park is situated 1 km off the coast of Nilaveli, a coastal town in Eastern Province, encompassing a total area of 471.429 hectares. Pigeon Island, a kilometre’s boat ride away from Nilaveli Beach, Trincomalee, is made up of two charming islands, one small and the other slightly larger. It is believed to have got its name from the endemic blue rock pigeons that inhabit the island. The island’s name derives from the Rock pigeon which has colonized it. The national park contains some of the best remaining Coral reefs of Sri Lanka.

It was designated as a sanctuary in 1963. In 2003 it was redesigned as National Park. This national park is the 17th in Sri Lanka. The island was used as a Shooting range during the Colonial area Pigeon Island is one of the several protected areas affected by the Indian Ocean Tsunami in 2004.

It is consists of two islands; large pigeon island and small pigeon island. The large pigeon island is fringed by a Coral reef and is about 200 m long and 100 m wide. Its highest point is 44.8 m above mean sea level. The small pigeon island is surrounded by rocky islets. The national park is situated within the Dry zone of Sri Lanka. The mean annual temperature is around 27.0 °C (80.6 °F). The annual rainfall ranges between 1,000–1,700 millimeters (39–67 in) while most of the rain is received during the North-Eastern monsoon season from October to March.