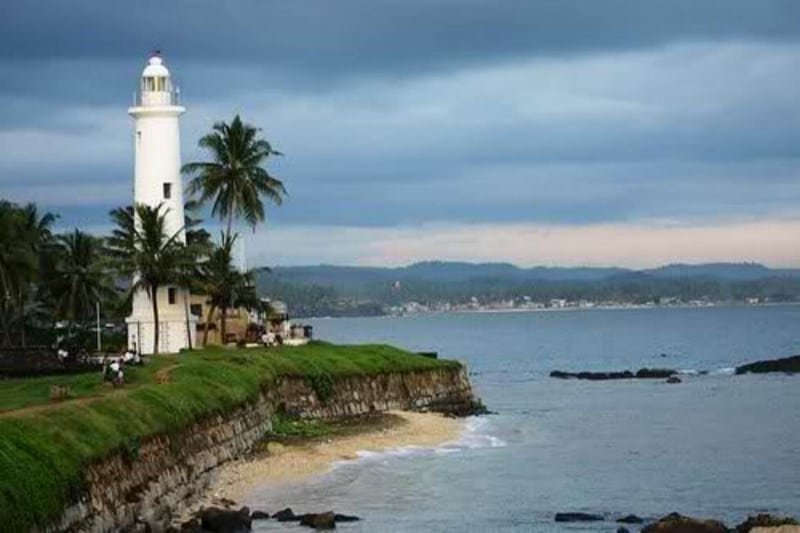 This is Sri Lanka’s oldest light station, and it’s located in the southern province. Its built by the British was located about 100 meters (330 ft.) from the current site. It was destroyed by fire in 1934. The existing 26.5-meter-high (87 ft.) lighthouse was erected here in 1939. The original light was furnished with a glass prism lens floating in a bath of mercury (to reduce friction) and was powered by a weight driven machine. The light station is within the walls of the ancient Galle fort, a UNESCO world heritage site and well known tourist attraction. Above the road level on the ramparts, at what is known as the Point Utrecht Bastion, giving it full view of any ships entering to Galle Harbour. This light house was built in 1952 and it was opened by Mr. Hon D.S. Senanayake. It has four statues of lions at its base. And also its current 29 meter high (95 ft.). This was due to its placement in a high-security zone as it is across the street from the Naval Headquarters and close proximity of the Port of Colombo.