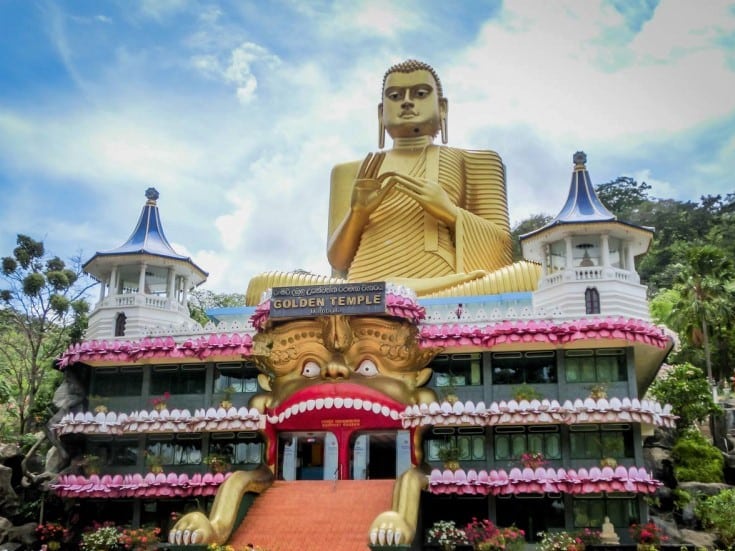 Dambulla is situated in the Matale district, central province of Sri Lanka. And also it is the centre of vegetable distribution in the country and 12 miles from Sigiriya in Dambulla. On the Matale- Anuradhapura road, and 29 miles from Kandy in Dambulla and a vast isolated rock mass, 175 feet in height. After climbing a fair distance one can reach the famous rock temple. There are other ancient temples at Dambulla. This is cave temple also known as the Golden Temple. Dambulla is also a world heritage site in Sri Lanka. Though shrouded in history, Dambulla Viharaya has a long historical record. On a cave inscription is recorded that King Saddhatissa donated this to the Bhikkhus.

There is a view that the caves of Dambulla sheltered King Valagamba during his years of exile and when he regained the throne he caused this to be built as the most magnificent of rock-temples of this island. The book “Rajaratnakara” too supports this view. It is recorded in King Kirthi Sri Rajasingha’s “Dambulu Vihara Ketapatha” that Dambulla cave was discovered by veddah, who informed King Valagamba about it.

This temple complex dates back to the first century BC. It has five caves under a vast overhanging rock, carved with a drip line to keep the interiors dry. In 1938 the architecture was embellished with arched colonnades and gabled entrances. Inside the caves, the ceilings are painted with intricate patterns of religious images following the contours of the rock. There are images of the Lord Buddha or Bodhisattvas, as well as various gods and goddesses. In one of the caves is the image of God Vishnu a deity associated with Buddhism. In another cave is a spring which is amazing. The drops of water that trickle from the roof of the cave never get not dried during the drought nor does it increase during the rainy season. There is a large bowl kept to collect the water. Further investment in the Temple’s infrastructure has seen the construction of a museum and other tourist facilities located away from the historical complex.

According to Chulavansa King Vijayabahu I who ruled from Polonnaruwa renovated the Dambulu Vihara. It is recorded in Rajavaliya and the rock inscription of King Nissankamalla that he renovated it and named it as Rangiri Dambulla and also built 73 statues. The eyes of the satue were placed by King Senarath King of Knady (1606-1635 A.D.) Sri Veera Parakrama Narendrasingha (1707-1739) gave a written record of oral order and that King Vimaladharama Suriya II built belfry, are written in some of the records pertaining to Dambulu Vihara. During the time of the rebellion which broke out in 1817-1818 Purannappu and Gongalegoda Banda took shelter in the Dambulu Vihara.

There are a series of 5 caves turned into shrines and also are numerous images of the Buddha. The ceiling too is covered with frescoes in which depict great events in the life of the Buddha, and landmarks in the history of Sinhala people. In one of the cave is the image of God Vishnu , adiety associated with Buddhism. In another cave is a spring which is amazing. The drops of water that trickle from the roof of the cave never get dried during the drought nor does it increase during the rainy season. There is a large bowl kept to collect the water. As there are pictures of fish in the place where the water flowers, this trickle of water may have been there from ancient times. 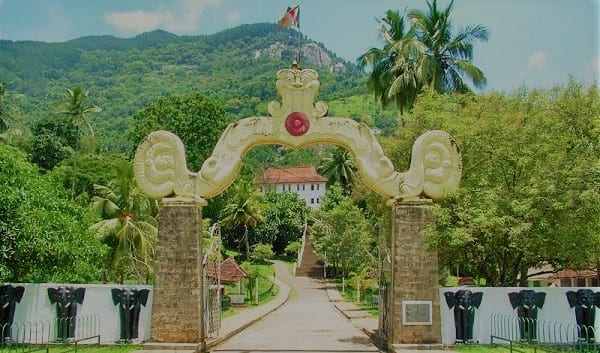 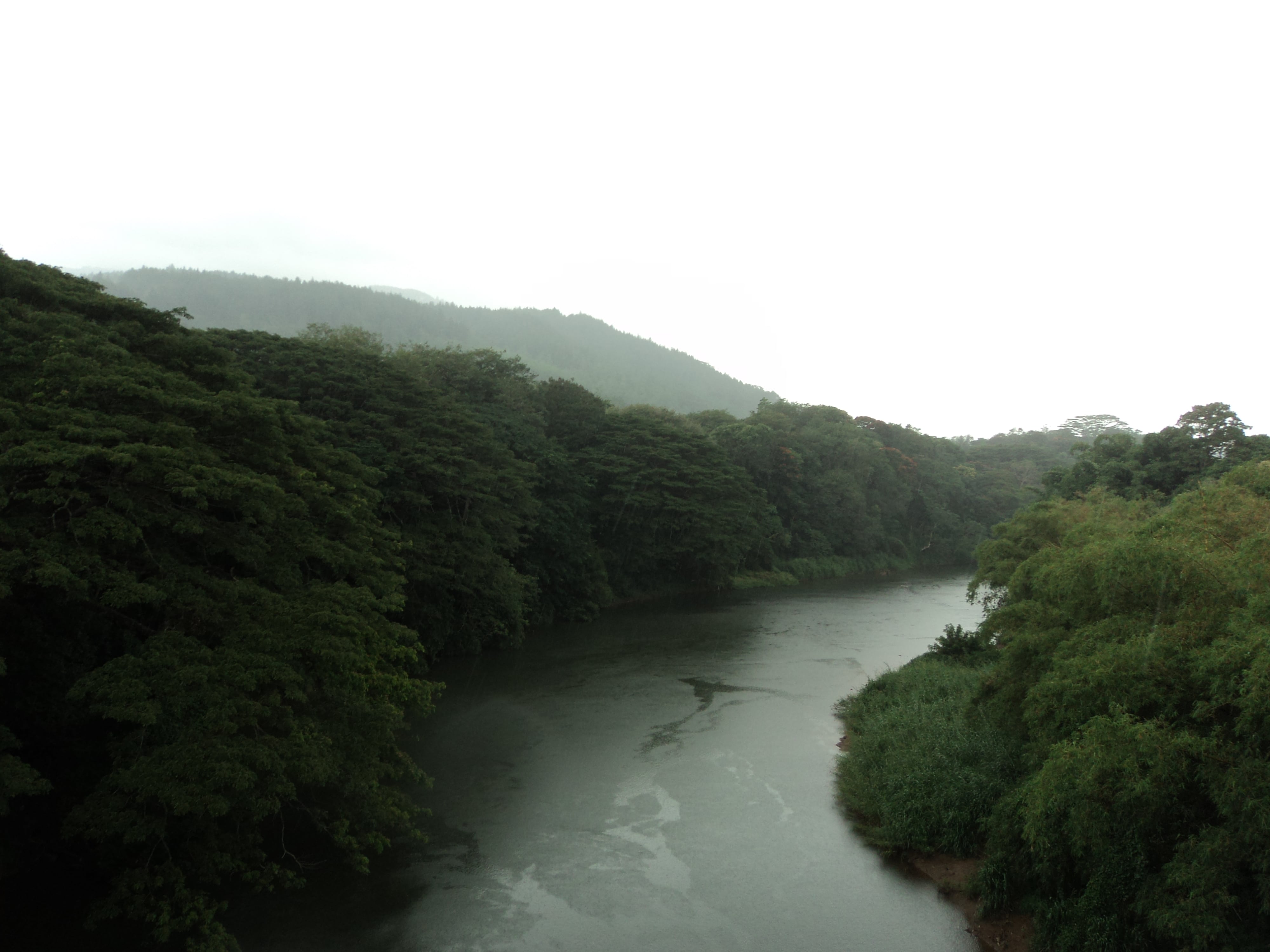