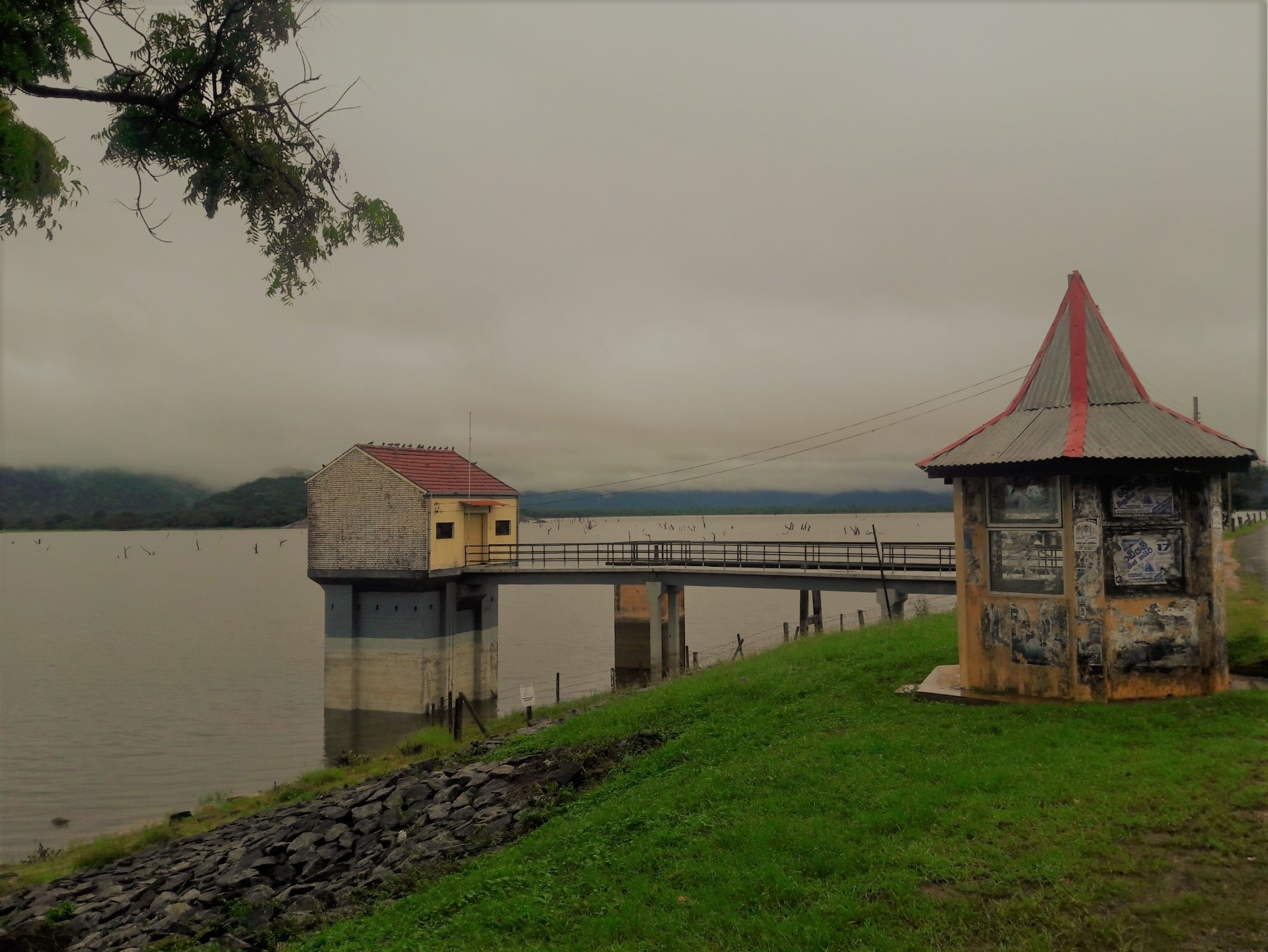 The Kandalama Reservoir (also erroneously known as the Kandalama Lake) is a reservoir in   Kandalama, Sri Lanka. The reservoir is created by the 21 m (69 ft) high and 1,600 m (5,200 ft) wide Kandalama Dam. Water from the dam is used for irrigation purposes in the region, extending up to Kekirawa. The tank was created by constructing a dam across one of the main tributaries of Kala Wewa – the Mirisgoniya River. During 1952 to 1957, the tank was rehabilitated by Department of Irrigation of Sri Lanka. The reservoir and hotel is situated with the Kalidiya Pokuna Forestarcheological site. As well as today Kandalama stands as a testament to ancient architectural knowledge and promotes irrigation and the local fishing industry. It still remains one of the most beautiful reservoirs of the country, admired by the many visitors. . It has also been a famous site of tourism even during the era of the British invasion of Ceylon in the 1800s.

Aware of this peculiarity in the character of their rivers, the Singhalese built retaining walls that support the waters of the lake of Kandelle (Kandalama) with such solidity and massiveness as to defy the utmost fury of the mountain torrents. Nearly the whole of its extent is formed with vast hewn masses of rock, faced with stones eight or ten feet thick at the base, placed like steps, and laid in regular layers, to move which by sheer physical force must have required the united labor of thousands.” As well as Amongst the craggy regions of the Central province of Sri Lanka is a placid and beautiful man-made lake, which is actually the Kandalama Reservoir. Created by kings of long gone times in order to provide water for farming irrigation; the the Kandelle or Candelay reservoir, as it was also known, is located in the town of Kandalama and was made by damming one of the main tributaries of Kala Wewa.

Kandalama Wewa ancient man-made irrigation reservoir is nearly surrounded by large hills: and in the extent, where no natural barrier had been in existence for the waters, an embankment was constructed of hewn stones, piled up twenty feet high, and from 150 to 200 feet thick at the base, and a mile and one-thirdlong. .